The twelve vertebrae in the middle of your back comprise the thoracic spine, below the 7 cervical and above the 5 lumbar vertebrae. Each vertebrae connects ribs in the front of the body to form the rib cage which connects to the spine between the thoracic vertebrae. The thoracic spine could be considered the most versatile, though the cervical is capable of greater rotation and the lumbar provides more support for the skeletal structure. It also protects and provides nerve supplies for the essential organs including the heart, liver, kidneys, stomach, lungs, and intestines inside of the rib cage. This area of the spine is one of the most important and is also one of the most unusual skeletal structures seen in nature (due to being the middle of the unique, three curve spine).

The thoracic discs are particular, allow for certain movements

and more flexibility and rotation at the superior portion.You can see the differences between the cervical discs and lumbar discs on the right. The curvature of the spine is very apparent and is what allows for human biped movement (apes use their hands on the ground because of the singular curve in their spine; this hints towards the progression of the human spine. You can also see the significant rotation that the thoracic vertebrae allow for, giving the skeletal structure mobility above the lumbar spine.

The Thoracic spine is one of the most important nervous gateways in the body, creating the gateway between the peripheral nerves of the upper body and the central nervous system. The peripheral nerves begin to leave the spinal nerves at the ganglion nerves, or connective nerve clusters, for the arms where the thoracic spine begins; the nerves then cascade down to connect all of the ribs, until the lumbar spine connects to the lower body and lowest abdominal organs. Essentially, the nervous system controls the entire upper body through the thoracic nerve connections and the biggest vital organs sit right in the middle of these nerves. The thoracic spine connects directly to the rib cage, making it one of the most important protective structures of the human skeleton. The heart has nerves that extend up into the neck (think about the thyroid’s control over the heart) and is largely connected to the middle vertebrae of the spine. The lungs also share these thoracic nerves and nestle the heart; they are meant to provide the heart with support and surround it. The stomach, liver, pancreas, small intestine, and adrenals share the lower portions of the thoracic nerves, while the large intestine has connections to both the lumbar spine and the thoracic spine. There are many different muscles of the thoracic spine and middle back because the thoracic spine is the gateway to control center of the upper body, which is where the majority of movement takes place (the hands and fingers are finely tuned and the shoulder is a durable and versatile joint). The vertical muscles that extend up the spine and interconnect vertebrae are the deepest layer of muscle and the diaphragm (the breathing muscle) is also included in this musculature. The deepest muscles of the spine interconnect the vertebrae to ensure structural stability. There are also fascia that extend up and down the length of the spine, known as the vertical erectors (they help humans to stand up straight).

You can see them detailed on the left. There is also significantly denser ligamentation towards the inferior portion of the spine, leaving the upper portion more mobile and connected with muscular tissue. The spinal cord itself is completely protected and supported by these muscles, allowing for the extensive movements that humans are capable of.

This concludes the second part of three about the human spine and its anatomical functionality. If you have any questions, feel free to comment, but stay tuned for part 3 where we will dive into the lumbar portion of the human spine. 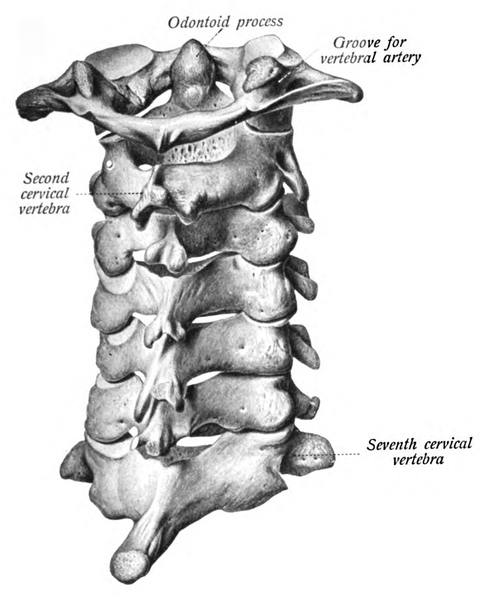