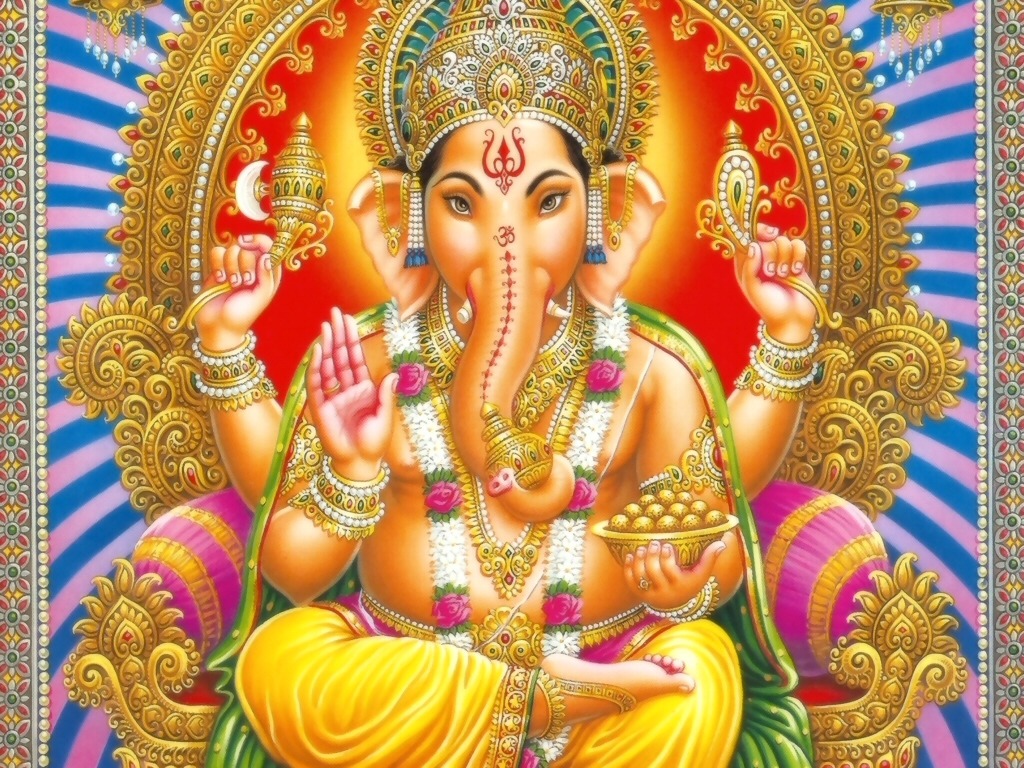 The Remover of Obstacles

The hindu god Ganesha is a powerful archetypal symbol. He represents the removal of obstacles, and transcends religion to be a sacred symbol to all of India, including the Hindus, Jains, Buddhists. His elephant head makes him easy to identify and he is also the patron god of the arts, intellect , and wisdom. As the son of Shiva, he is also known as Ganapati and Vinayaka and has survived for the last 1,600 years accumulating thousands of names and pseudonyms along the way.

Etymology of the word “Ganesha”

The name Ganesha is a compound sanskrit word where ‘gana’ (गण) means group, categorical system, or multitudes and ‘isha’ (ईश) means lord or master. Often ‘gana’ refers Shiva‘s retinue or followers, making Ganesha the master Shiva’s head follower. Some take this even further and refer to Ganesha as the master of the elements or lord of the systems of knowledge. Ganapati (गणपति) is a synonym for Ganesha and means lord of the group; ‘pati’ translates into ruler or lord. Ganesha is also commonly referred to as Vinayaka after which the eight buddhist temples in Maharashtra were named Ashtavinayak (ashta – eight, vinayak = Ganesha). The final noteworthy name for Ganesha is Vighneshvara (विघ्नेश्वर) meaning the remover of obstacles (vighna) which is Ganesha’s primary function as a part of the Hindu pantheon.

Stories of the Son of Shiva

Ganesha is very often portrayed as a child, where he functions as the

son of Shiva and protector of his mother, Parvatti. He is known for his mental agility and ability to learn quickly through the removal of obstacles; he is often invoked when starting a new business or buying a car or house. Ganesha is a clever god and is closely associated with the sanskrit term buddhi, meaning intelligence and wisdom. Over the years Ganesha has evolved to mean different things to different parts of the world; for example, he is commonly worshipped in Indian homes, invoked at meals and times of prayer; he is also worshipped by merchants in Bali, Indochina, Thailand, and Cambodia as the god of material success and prosperity. He is one of the most widespread gods of the eastern religions and has hundreds of different particularities of meaning to the different cultures that idolize him.

Ganesha’s most famous attributes are his huge belly and elephant head, which one story depicts resulted from Shiva’s anger at finding a stranger guarding Parvatti, Shiva’s wife. He later learned that Parvatti had made Ganesha out of clay and that the boy that he had just beheaded was their son; he replaced the head with that of an enlightened white elephant and Ganesha was allowed to live. Ganesha typically has four arms, representing his divine omnipotence and is often depicted eating a sweet. He is most often depicted without a vahana, but is known to ride a mouse, a snake, a peacock, and a lion. Most often he is shown on a rat, which was known in India as a pest and killer of crops and is interpreted by many to be a negative symbol of desire and greed. Ganesha subdues the mouse and makes him his primary means of travel. Many historians agree that he has evolved from obstacle creator to remover over the past centuries, but both seem to be integral functionings of his character.

The sacred sound of AUM is also identified with Ganesha. He is said to see past, present, and future simultaneously and AUM represents Brahman, Vishnu, and Shiva all simultaneously their combined power of creation, which Ganesha invokes by removing obstacles. He is also the resident of the first chakra, the Muladhara. He guides all other chakras and is therefore the guardian of the wheels of life.

Skanda is Ganesha’s brother, although regions will differ in opinion as to who was born first. There are many stories of their conflicts as Ganesha rose to prominence in 600AD and Skanda fell in popularity; Skanda was referred to as elder in the north and may very well represent the conflicts between northern and southern India in ancient times. Ganesha may have been a Brahmacari, or celibate, but he is also depicted with one to three wives quite regularly. Buddhi, intellect,  Siddhi, spiritual power, and Riddhi, prosperity, are often personified as Ganesha’s goddess wives. He is also associated with Lakshmi, the goddess of luck. He also has two sons, Ksema (prosperity) and Labha (profit) according to the Shiva Purana.

A Unique God in the Hindu Pantheon

All Hindu denominations use Ganesha to invoke prayer; he is a powerful symbol of the moving of energy and instigator of change. He is also an elephant, which is extremely powerful and sacred in India and represents a higher level of consciousness to many.

I have used the primary energies of chanting Ganesha to fantastic benefits, there are many invocations that have positive psychological effects and pranayama exercises that have powerful physiological effects. The chant I’ve used often is “gam ganapataye namo namah” meaning “the devotee bows/ offers salutations to the lord of the world”. It is a powerful chant and after about 5-10 minutes, the mantra starts to seep into the unconscious mind. The energies of sanskrit are primary and very old; the internal energies evoked should not be underestimated, especially when the symbols and meaning of the mantra are understood.

Ganesha is a god that is unique across the various religious and spiritual practices. He is always shown with an elephant head and huge stomach, though variation will show different symbols and representations of his form.

This post is also significant because it is the first post on my newly hosted website; I am trying out a new hosting provider instead of the complimentary WordPress hosting. Please let me know what you think, I welcome all feedback openly!